Ahoy mateys! Squeeler is a band of pirates & we have pillaged the archives of AC/DC, the Bon Scott years to bring you the awesome tribute to AC/DC. These are the members of our crew. Click on the pictures for more details for each of us. 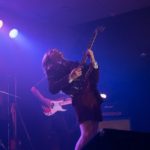 Our roots go back to the early 80’s when I (drummer Jeff Broomfield) was recruiting for a new band. I went to an outdoor party with some of my new band members at a place called “The Farm” in Brantford. AC/DC dominated the music that night around the fire & there was this one guy screaming out along with the tunes & I knew this guy had to be our new singer. That guy was Walt Duffy & we went on to form a band called Cronus. Since those days we have played in a few bands together & in 2008, along with Tim Poye (who was also in the band when we found Walt) we decided to start an AC/DC tribute as a hobby. Our first bass & rhythm players lasted 2 jams & that’s when we called Marc Cumins & Scott Ransome to join the band. In 2009 we finally were ready to play live and we played at a couple local parties. Tim decided to concentrate on his work and he left the band. Tim was our Angus and it proved to be a difficult spot to fill. We tried some guys out & even had one for about 3 months until he decided to give up. Marc had said we needed a young kid but even that was difficult to find. The band became frustrated with looking for a replacement and had actually given up on the AC/DC tribute idea and started playing regular covers as a 4 piece band. Then we got a call from Brandon Burger. At the time, he claimed to be 16 and so I figured we might as well give it a shot. Walt wasn’t too hopeful especially when I mentioned that his dad was bringing him out. When Brandon showed up for his tryout he was actually 14 but it only took 1 song to realize that we had something here. That was the end of 2009 and the beginning of Squeeler.

It only took a few months to get back out gigging and it started to became more than just a garage basement band. The gigs started getting bigger, more & more people started coming out to the shows and they just went nuts. At the end of 2010, it had started to become too much for our rhythm player, Marc & he decided to leave once we found a replacement. This time it only took a couple weeks & we found Harold Smith while we we’re playing at The Grand River Hotel. A buddy of his pestered us to let him get up on stage to play a song and he became our new guy within the week & had us out playing again within a month. Unfortunately, things didn’t work out long term with Harold. Lucky for us though, Marc was able to rejoin the band so we didn’t have to rebuild. We kind of lost a year in our overall plan but… that’s the way it goes…

That, for now, is the story of Squeeler. 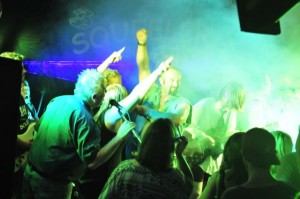 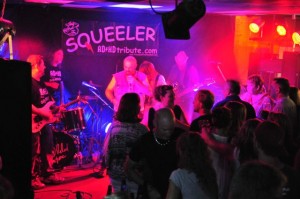 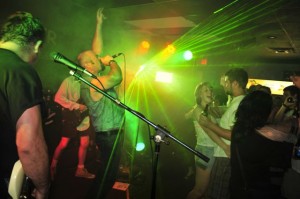 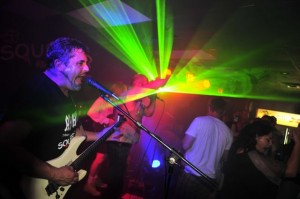 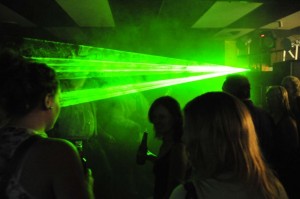 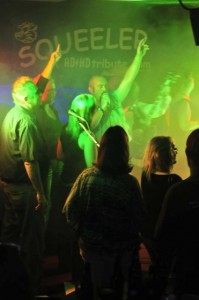 Promote your mixtape at ReverbNation.com